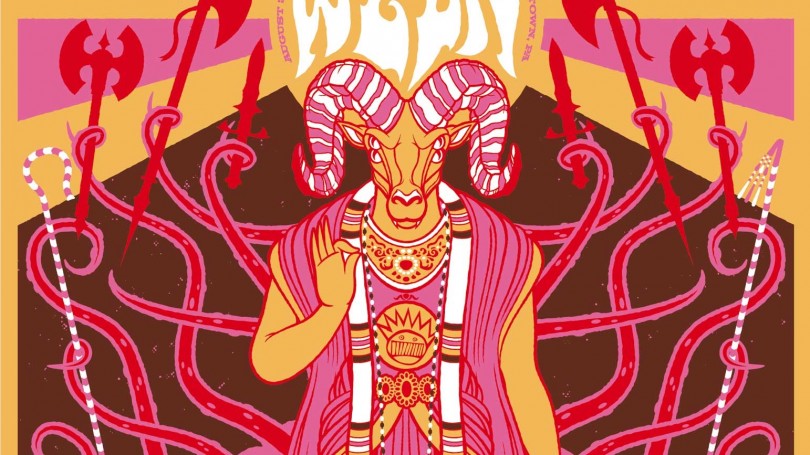 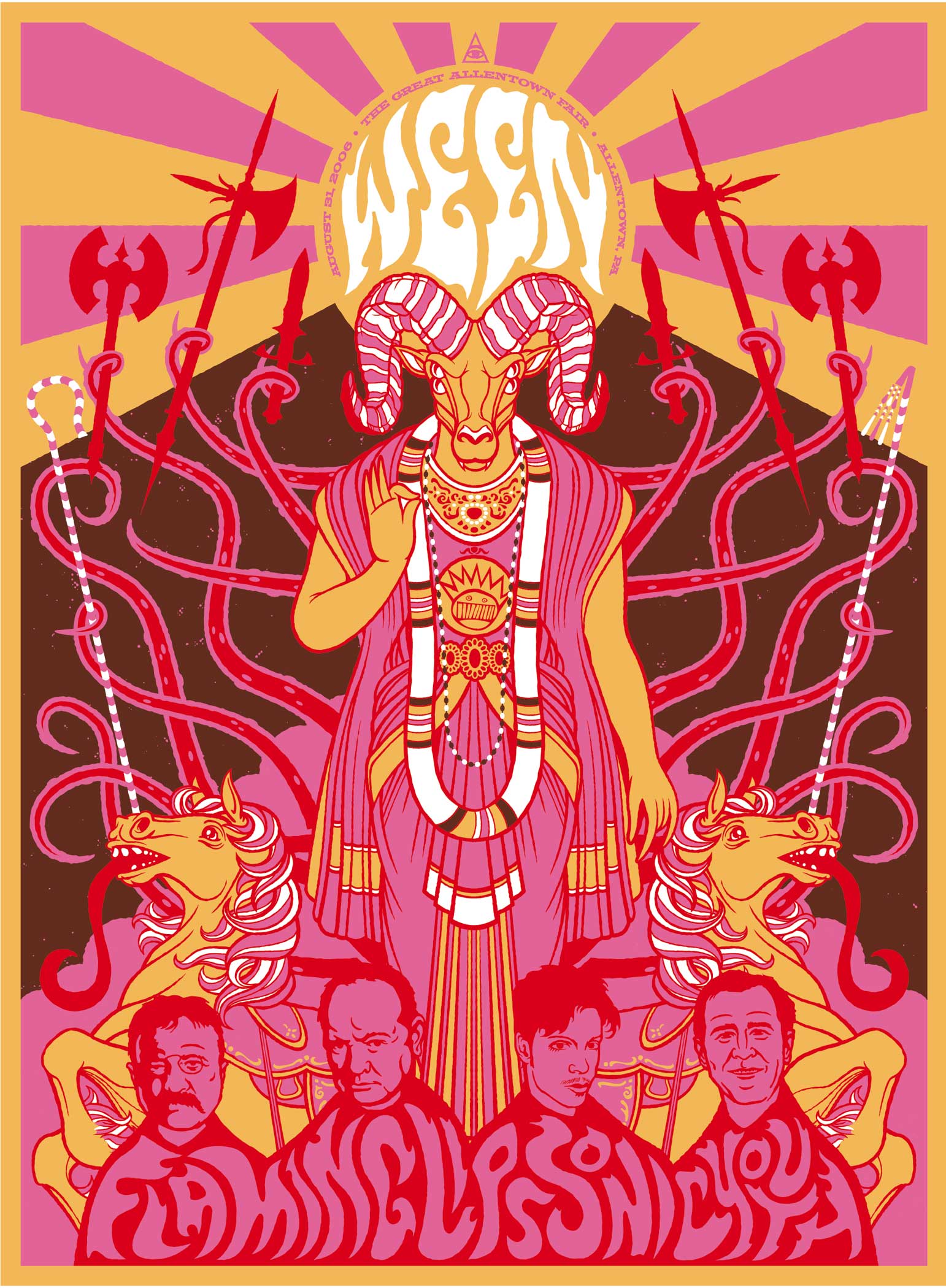 »I was glad that Prince made the cut«

Todd Slater graduated with a Bachelor of Fine Arts from Stephen F. Austin State University in East Texas in 2003 and now lives and works in Houston, Texas with his wife Kristie and dog Kirby.

Before »Pure Guava«, before »The Pod« and before »God Ween Satan« Ween released a series of cassette tapes that were sold at their shows. In 1987 Ween put out »Axis: Bold as Boognish« which is what my latest Ween poster grew out of. I knew that it was referencing Hendrixs legendary »Axis: Bold as Love« record and used that cover and some of its elements as a starting point for my print.

The two candy cane colored scepters are representative of the crook and flail which are Egyptian symbols representing power at their most basic. This is a nod to Weens song, »Up on the Hill« which talks of boognish rising up from the mist holding the scepter of wealth and power. I wanted to include musicians in the poster that I felt influenced Ween so I did drawings of Syd Barrett, Frank Zappa, Prince and Jerry Garcia but Gene Ween requested Teddy Roosevelt, Winston Churchill, Prince and George W. Bush.

I was glad that Prince made the cut and was thrilled to be working directly with the band members for this project. I asked Gener why he choose the people he did for this print and was told that we would need to meet in person to discuss this matter. Before printing the poster I flew down to New Hope, Pennsylvania where the band resides, and took a blood oath to never reveal the meaning of the four faces on this print.

The print measures 23×32 inches and is 4 color silkscreen printed in an edition of 200 signed and numbered. The print was sold by the band as merch at their Festival show in Allentown, Pennslyvania with the Flaming Lips and Sonic Youth.